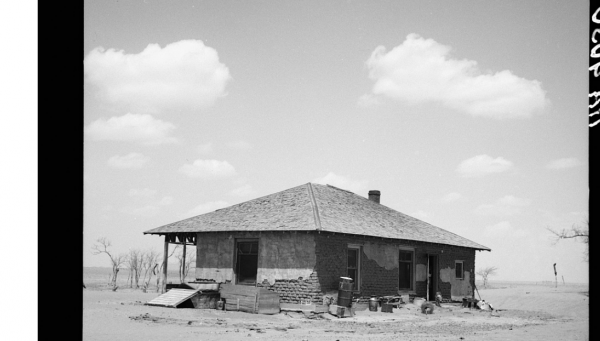 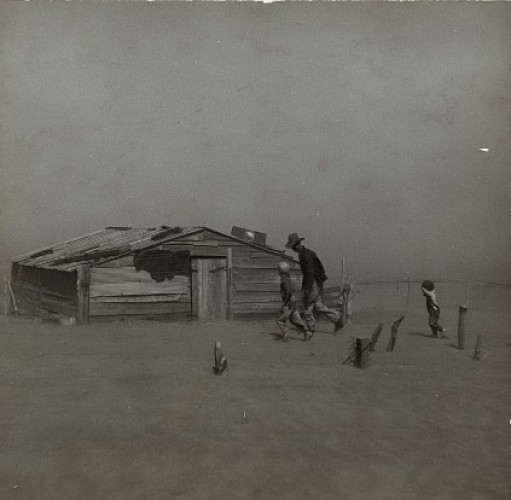 "The hard daily life of farmers". Farmers with his children during the "Dust Bowl" Kansas, 1932 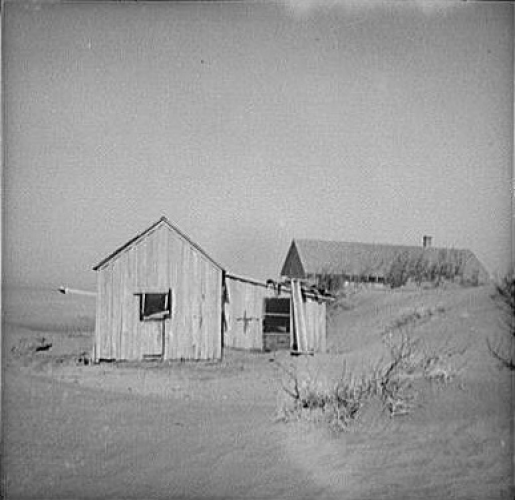 "Deserted House". A house after the "Dust Bowl" abandoned by its owners. Oklahoma, 1935 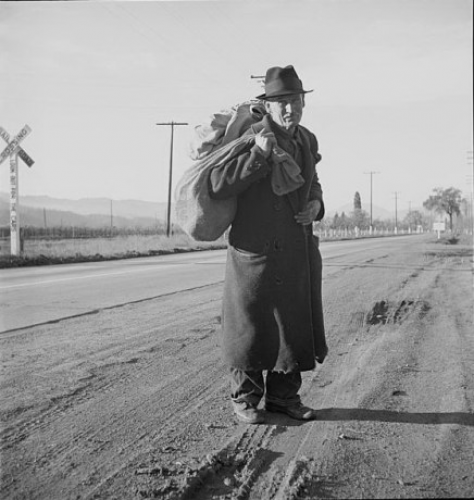 "The start of a long and hard journey". A migrant farmer go to search a job in town. Phoenix, 193( 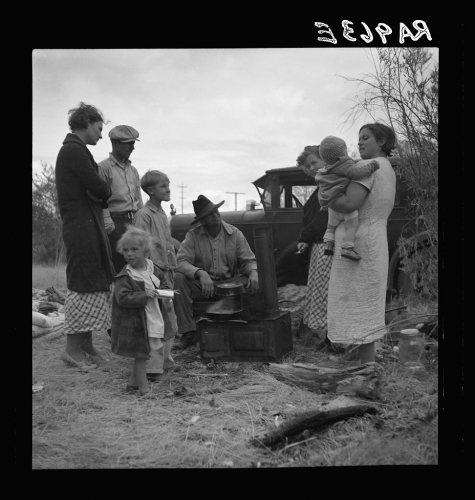 "The long journey to reach California". During the journey, the families had to take a break to rest and eat. So they stopped their car next to the road and they went out. 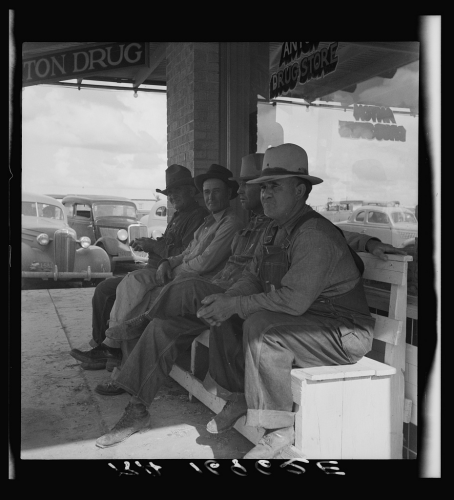 "The long journey to reach California n°2". They needed also to stop to petrol stations, this is where all the migrants met others. They shared their adventures and the reasons why they left farms behind them. 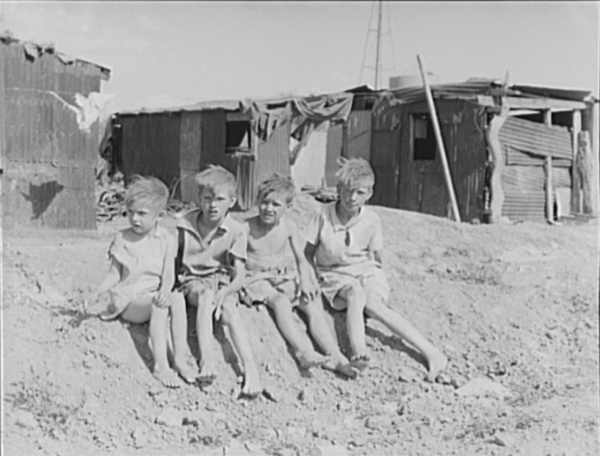 "The migrant camp". When they arrived to California also called the land of plenty, they were regrouped in slums with horrible living conditions. 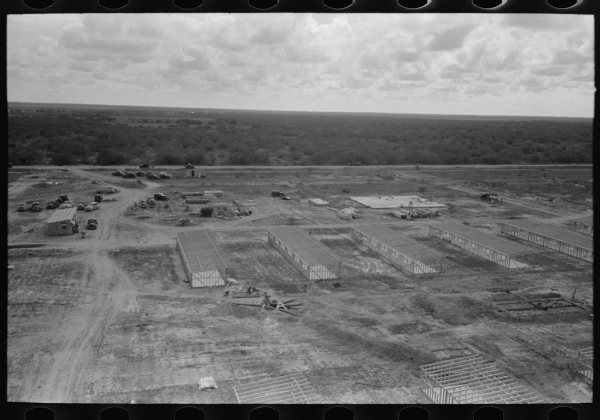 "The migrant camp n°2". They had to stay in these camps for a long time. They had no money because they had no jobs or they were not well-paid.