The Great Okie Migration by Chotard Mathieu and ALLEK Yannis

Our exhibition is made of eight pictures with captions in the style of Dorothea Lange. Most of these images were taken by this woman and are parts of her work as a photographer and reporter for the American government in the 1930's.The main topic of this exhibition is the Great Okie migration during the Dustbowl, between the 1930's and the 19404's. The natural disasters which hit the Great Plains repetitively during this period led to a mass migrations. Oklahoma is the the state located in the Great Plains with the highest number of people who left. Around 450000 persons left the state and 250000 of them went to California in order to begin a new life.

During the Dustbowl there were hard droughts and many storms. These natural phenomenons hit all the farms and the lands in the Great Plains. The dust was blown away and recovered the crops. The farmers couldn't work anymore and ad to leave. Most of them went to California on road 66. Their journey was long and difficult. It was also uncertain because they often faced car, road, food, water, and exhaution problems. Some of the migrants died during this tough journey When they arrived they were poor, homeless, jobless and desperate. They were put together( gathered ) in camps called Slums. In those camps the children were starving, the adults were looking for jobs are exploited and the oldest people were slowly dying.

As a conclusion the farmers who were forced to quit their state, their land travelled for a long time in order to reach an uncertain purpose. They tried to flee from misery and to start a new life from scratch. 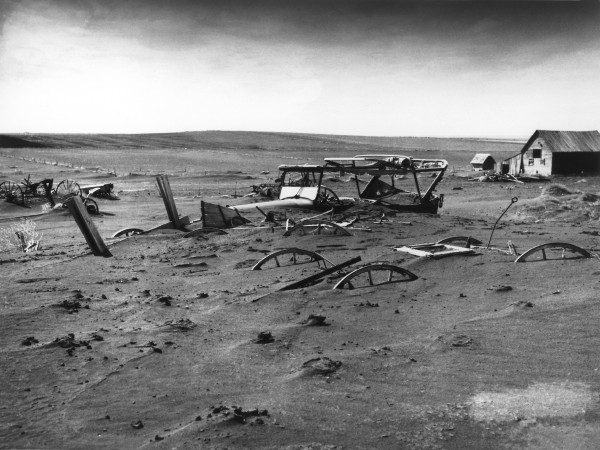