Exhibit of the migrants farmers exodus, by Michel and Laurent

Hello everyone, today we will present on exhibit of the migrants farmers exodus.So, if the farmers make a journey it's because the Dust Bowl destroyed their farms. The Dust Bowl is a very big storm : the soil is very dry because of a drought, strong winds are blowing hard, so the Dust rises up from the ground ans is blown away. It's cover the fields, the crops, the houses, everything. As a consequences it become impossible to raise crop on the Dust-Cover the land wich gives the farmers ans their families become homeless ans jobless.
After, this terrible event, the migrants leave their farms for California. They borrow the road 66 by car with their families. They went across many state: Arkansas, Oklahoma, Texas, Missori, New Mexico, Arizonaand the California.
The Highway 66 leads for really 4 000 KM from Chicago Illinois to Baskerfield Caligornia.
This road trips it was a very long and exhausting journey.
In 1930 the Great Depression started after the U.S. stock market fell a lot from 24 october to 29 october, 1929. Many peoples lost their jobs; they become homless and poor. Many people thinks that the Great Depression started on Thuesday, october 29, but economists think black thuesday was just one of the causes. 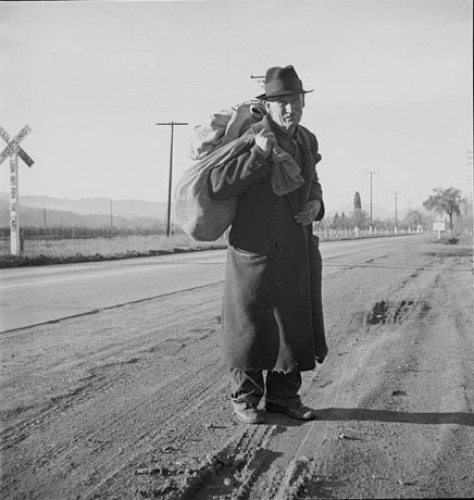 Dorothea Lange (1938):A migrant who lost his house 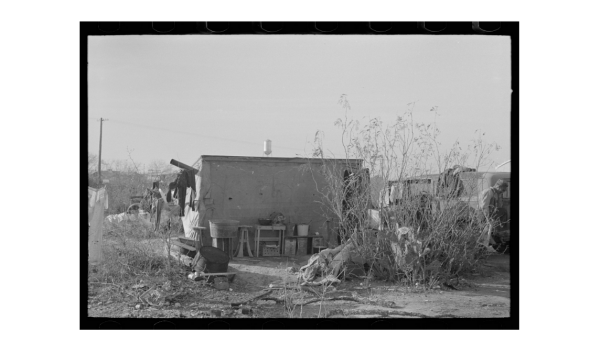 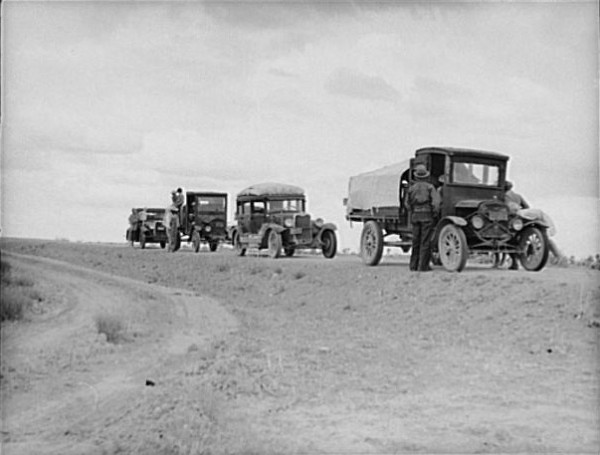 Doroyhea Lange ( 1937) A journey of migrants 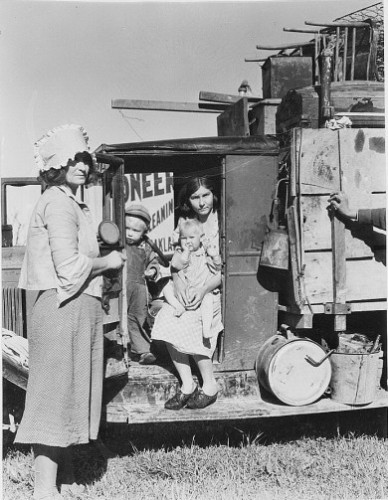 Dorothea Lange (1935) A Transport of migrants 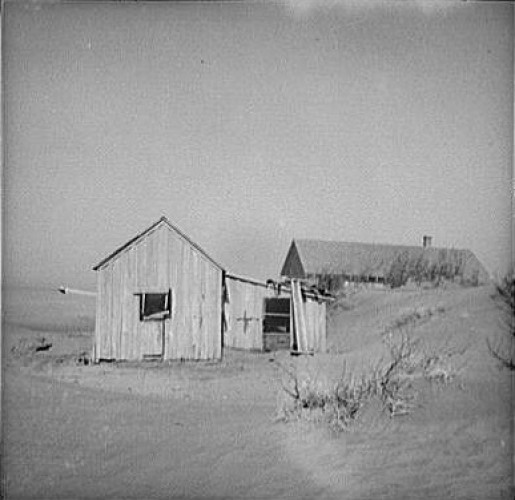 Dorothea Lange (1936) A farm destroyed by the Dust Bowl 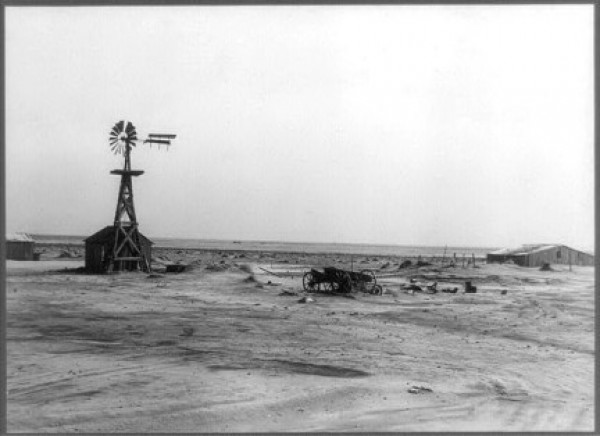 After the Dust Bowl

Dorothea Lange(1938) A farm after the dust bowl 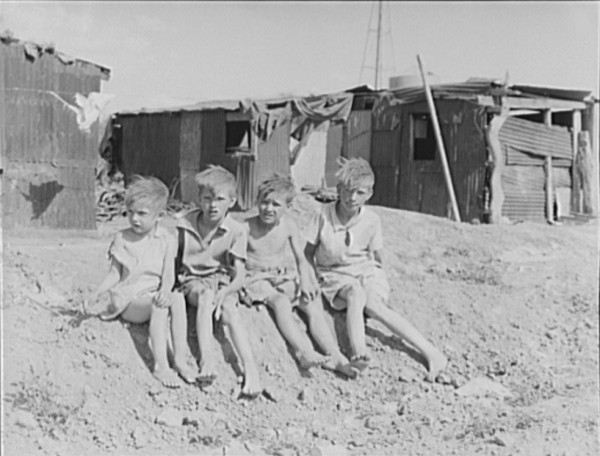 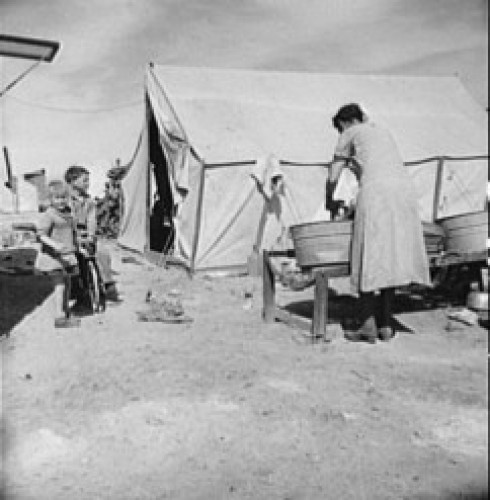 Dorothe Lange (1937) The camp of migrants