In the 1940's, a lot of the American population whose farmers and Oklahoma, Missouri, Arkansas, Texas, population headed to the west cost more precisely to the state of California. The migrants left from The Great Plains, they left farm and their goods behind and travelled on Hightway 66 by car or by foot with their remaining belongings. Hightway 66 is the long national road of the United States leading from the Misissipi to Bakersfield, California, it's also known as the mother road because it was the main migrant road nicknamed during the Dust Bowl: it's a dust storm, it destroyed many farms and provaked a wave of dryness.
Also in the 1940's, ut's the beginning of the world economic crisis nicknamed "Krach boursier" who starts in Wall Street, New York, United States. So because of the dryness and the economical crisis, the migrants were very poor, hopeless, desperate and starved, theirs living conditions were very bad , they lived in slums, tents, in a dirty environnement, they were wearing ragged clothes.
The main cause of the migration was the promise of the Californian governement and Californian employer who promised many jobs and logement for the Okies. California was seen as th land of plenty with a favorable climate and a visually arresting landscape.
But there was not enough work and there was a wave of poverty in addition USA. Okies is a term for those who migrated from the American SouthWest to California. 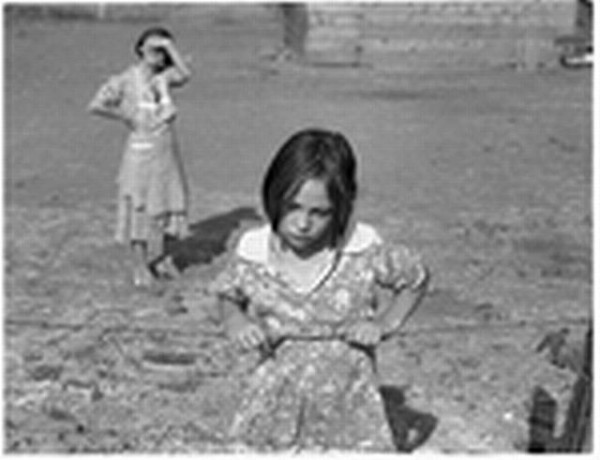 A little depressed orphan after the dead of her father 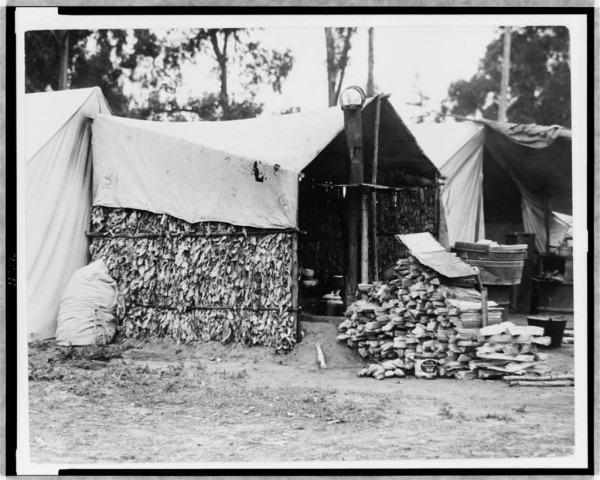 The difficult living conditions of the okies.
The okies lived in tents and house made of wood. 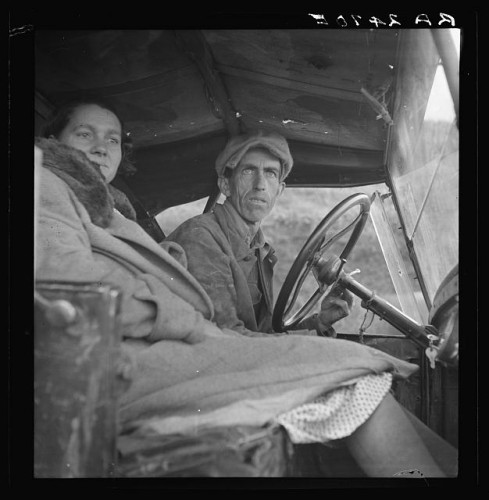 A family of migrant passing to border control to go to California. 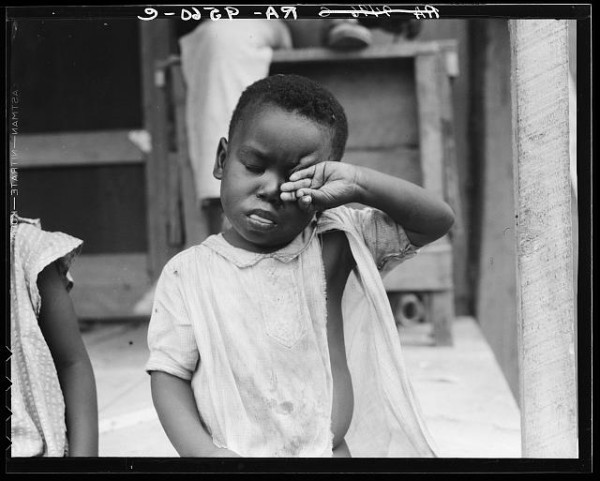 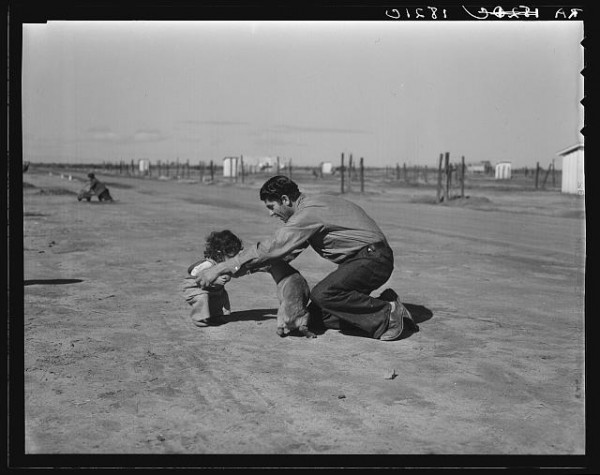 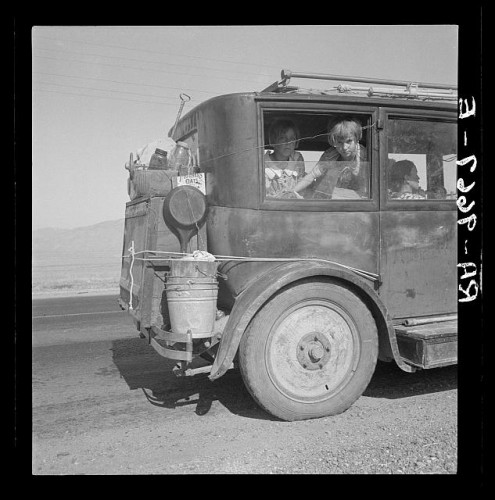 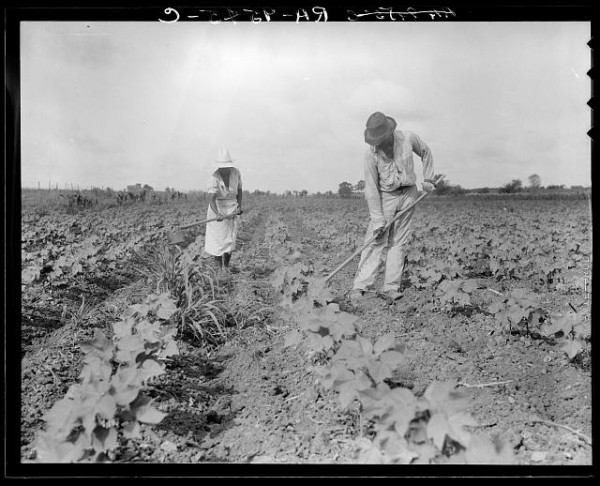 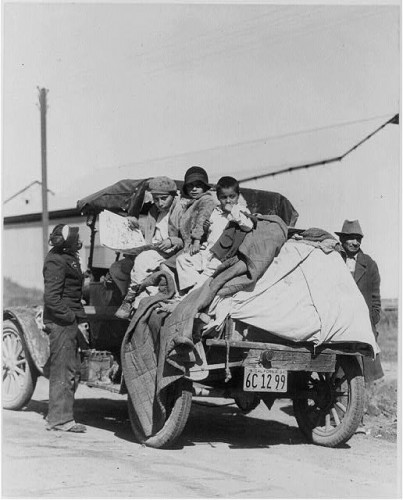 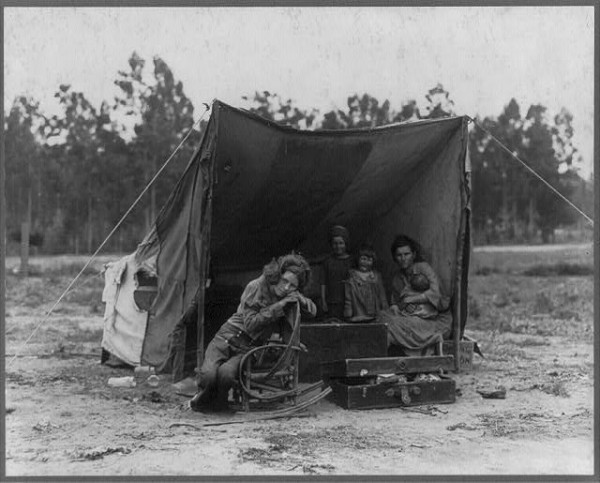