The dust bowl by Lena and Pierrot

In the 1930s the Dust Bowl touch a large part of America like Oklahoma, Arkansas… The locals migrante and are largery farmers. They migrate aboard their car or on foot taking away with their families and some possesions. They then embark on a long journey to major cities or states such as california route 66 is a long natioal road leading from Missippi to bakersfield. It is also knownw as the mother road decause it was the main migrant road during the Dust Bowl. In order to reach the camps in the satates they used their car which often broke down so the farmers had to go on foot or repair them. Sometimes the migrants stop on the side of the road because they had not found another place propene or else they made makeshift shelters like tents. When the migrants arrived at their destination, they went to refugee camps that were often unhealthy and dirty. their condition of life was very hard they were starving their clothes were just a piece of cloth and some did not even have shoes. Their house if we can call it a house were just a tent or shelter that had sheet metal roof or sheets. 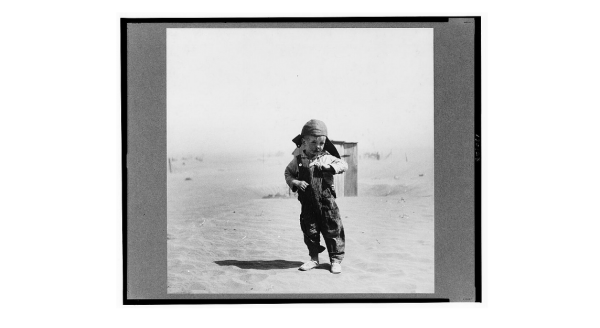 Son of farmers alone in the middle of the dust bowl.
He is carefree and is not awara of what is
happening by his too young age. 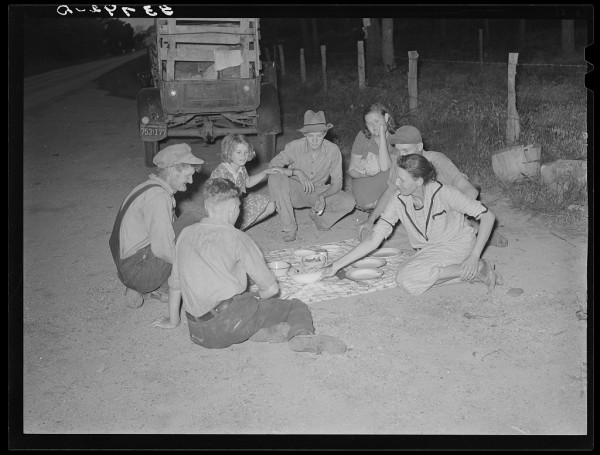 Some migrants by car or on foot stop on the side of
the road because they can not stop anywhere. 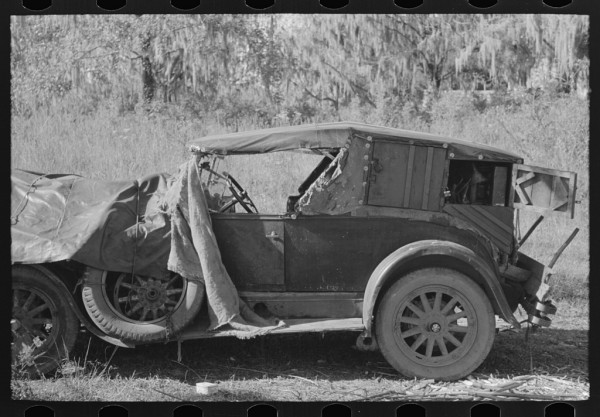 Automobile break dawn. Like many other cars, the
long road and the weighty all the migrants and their
luggage. 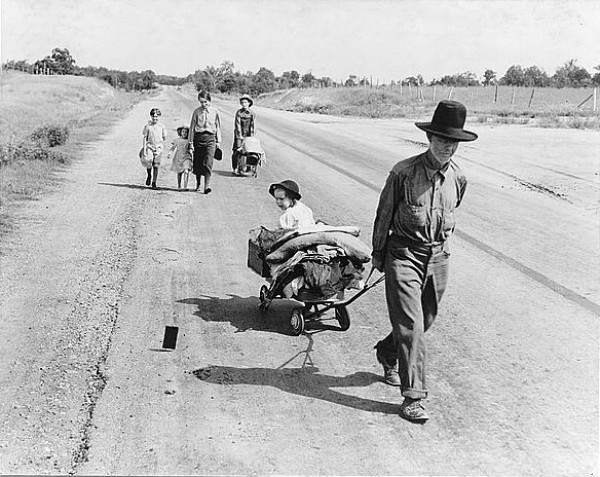 Family walking on highway. Cars of migrant families
often break down, are repaired or continue on foot.
They traveled long distances with all their luggage. 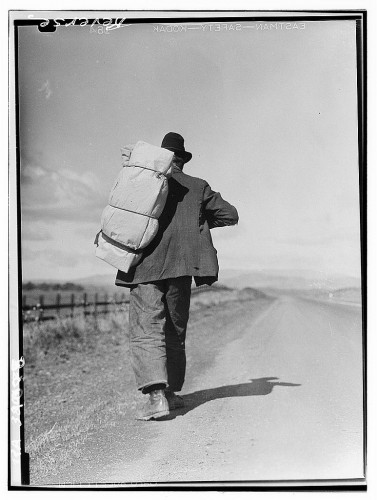 A migrant walking on california highway alone as he
does not have a car. He carries some things on his
back. 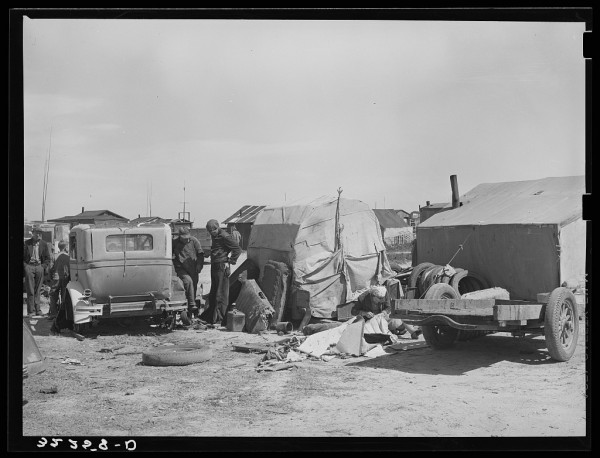 During the dust bowl the migrants do not go home
so they settled in camps. 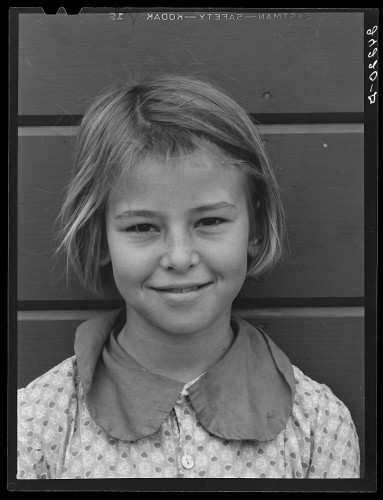 Portrait of smiling little girl in a migrant camp.
She is young and do not really understand what is
happening to her, she remains smiling. 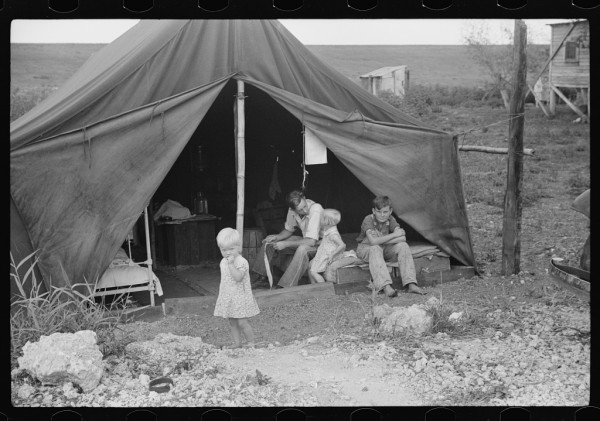 Migrant families were very numerous and they used
tents as makeshift camps.