The Dust Bowl by Tankred OSSARD and Sam FOULON.

Okies, Arkies, Texies, Dust Bowlers: They had many names, but no place to call home because in the 1930’s the Dust Bowl devastated their Houses, fields, ...
So many migrated from Oklahoma that they were dubbed Okies in the press.
The families packed their belongings and left the southern plain states to go to a supposedly better life in California because the boosters of California had advertised that the state offered a perfect climate and an abundance of work in the agricultural industry. They set out on a trip of three days or more on Route 66.
The Okies came in family groups and were desperate. There was some work in new fields of cotton. But there was not enough work for everyone. Moreover, even thow they had a salary, it was not very high and wasn’t enough to feed their families.
The lived in slums. It was very dirty and looked awful. They lived in terrible conditions. The families were most of the time poor and skinny. Children were forced to ask newcomers to eat to satisfy their hunger. 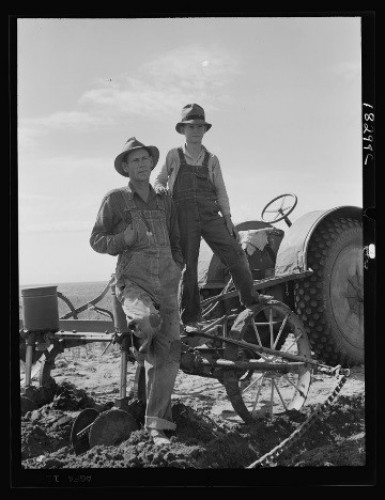 Before the Dust Bowl

This picture was taken before the Dust bowl, it represents a farmer with a tractor and young son near Cland, New Mexico.The photographer is Dorothea Lange(1938 June). 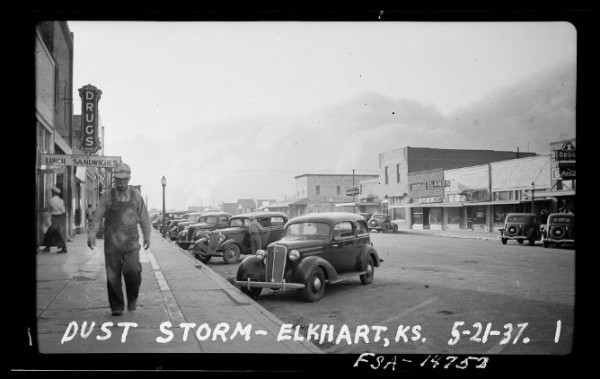 The photograph shows a huge dust storm approaching the city; a man walks his head down the big black clouds darken by the sky. There are many vehicles parked on the road. Published in 1937 May 21 and taken in Elkhart, Kansas. 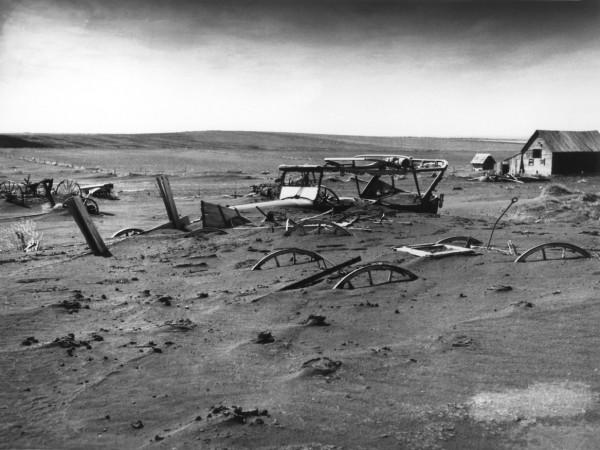 This photo shows how devastating the Dust Bowl has been. We can see a stoned car here. She was swallowed by the sand. We can also see that there no more planting in the background near the house. 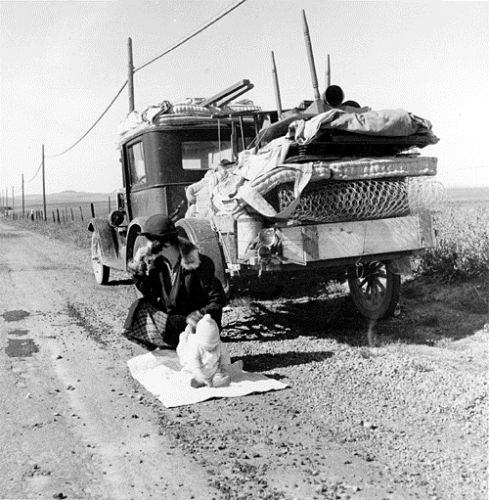 The families packed their belongings and set out on a journey of three days or more down Route 66 to a supposedly better life in the Far West. 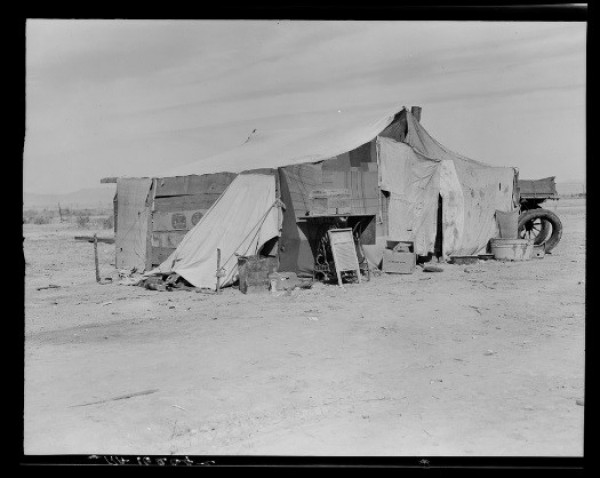 Home of a Dust Bowl refugee in California. This house was built by refugees who fled the Dust strom. The photographer is Dorothea Lange. The picture was taken 1937. 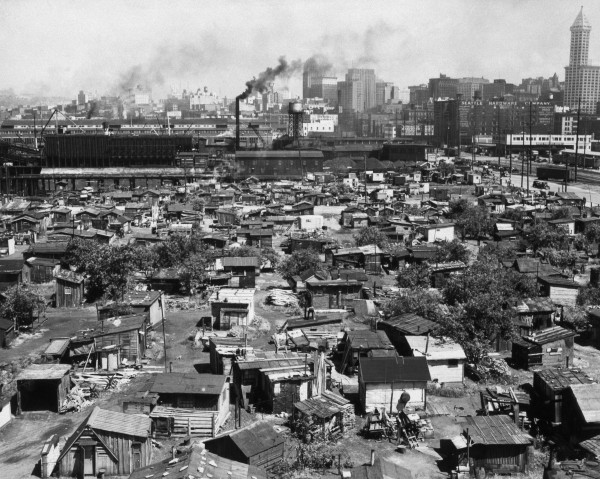 This is the place where the Okies lived. It was very dirty and looks awful. They effectively lived in terrible conditions. The houses were very tight. There was very little water and most of the Okies had no work and therefore couldn’t pay their families enough to eat 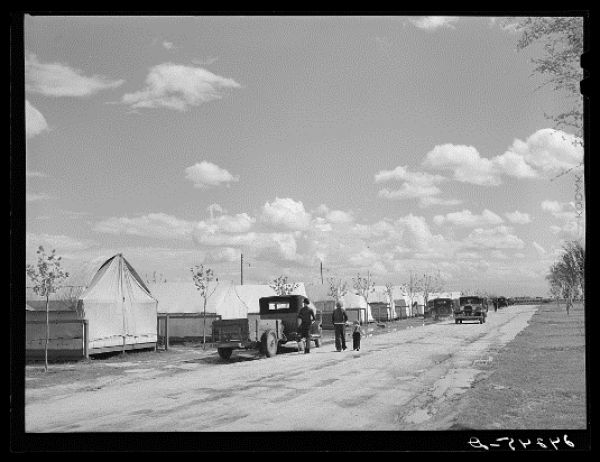 Shafter migrant Camp. Shafter, California. There are two vehicles and people walking. In the background, there are tents. Rothstein, Arthur, 1915-1985, photographer 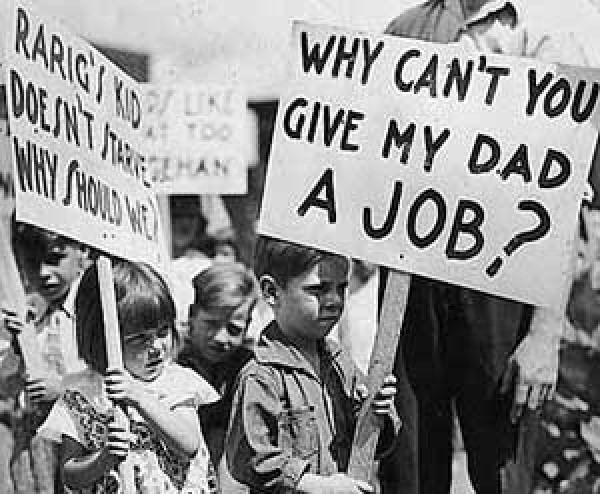 It is a lot of children in this picture. One of them is asking to a land contractor why he can’t give a job to his father? They look poor and skinny.